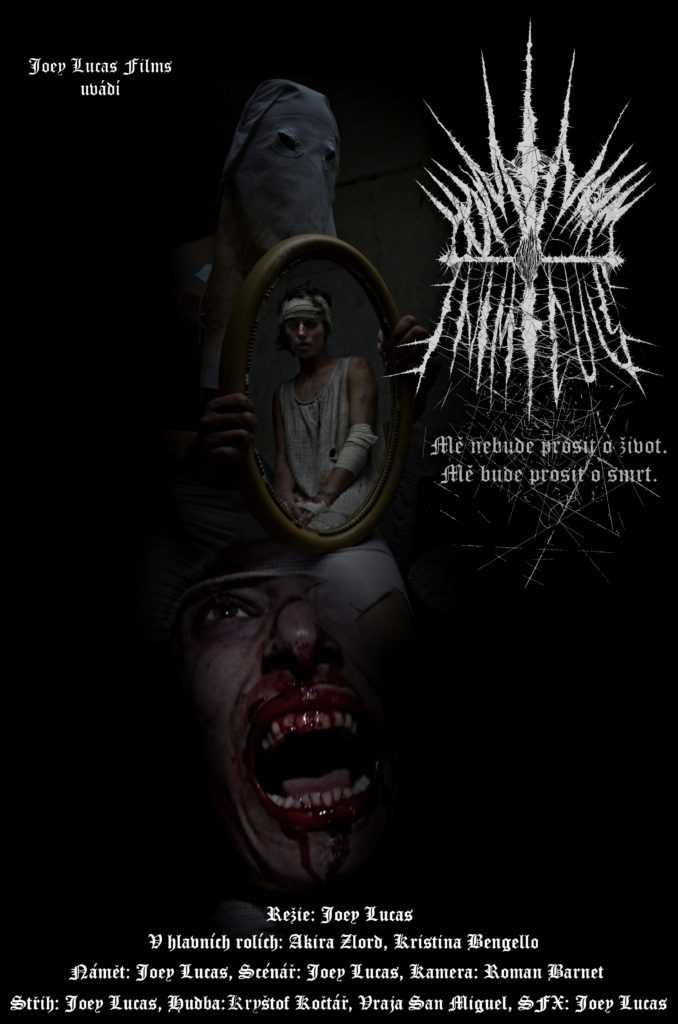 One of the first Czech films of the sub-genre torture porn/exploitation presenting an anonymous character known only as Flagellant. Flagellant is a misanthropic philosopher living in a far-flung cottage in the woods in an unspecified place. He abducts an unknown woman determined to imprison her in his dwelling and conduct inhumane experiments on her to disrupt her character. We watch as the tormentor tries to transform an innocent woman held in inhuman conditions with a terrible torture and intolerable psychic terror into a being thinking precisely according to his ideas and for every though slightest resistance a harsh punishment awaits her but we mostly get inside the mind of a sick sadist and we recognize his blood-soaked philosophy and the motives of his bestial deeds.